ONTARIO, Calif. — More than 60 people from all facets of the plumbing and mechanical industries attended a backflow industry symposium Feb. 12-13 at IAPMO World Headquarters West that sought to promote discussion and look for solutions on the challenges facing the cross-connection industry today.

Over the course of two days, participants were divided into groups to tackle and seek consensus on such topics as working to strengthen existing building, plumbing and mechanical codes with regard to cross-connection protection, harmonizing training standards and educating both the public and the industry on the importance of protecting the water supply.

In welcoming the attendees, IAPMO CEO GP Russ Chaney emphasized that the goal of the symposium was not to promote the goals of any single organization, but rather to promote better health and safety.

“There’s a broad perspective in this room, younger folks still learning, others that are masters at our trade, water purveyors, manufacturers, labor/non-labor, inspectors, contractors, you name it,” he said. “So, I’m confident that over the next two days, this will give us an opportunity to start the process of learning from one another and hopefully reducing some of those unfortunate barriers that inevitably arise simply because we look at things differently.”

“We put it together to bring all the stakeholders together to move the industry forward and decide areas on which we could reach consensus; areas where we do disagree, but could still get together to put in place programs for public and industry education to achieve the goal of protecting the public water supply,”  Cleary said.

He said the event was better attended, and the diverse group of participants achieved consensus on far more issues, than he had envisioned.

“The dialogue has been great, our breakout sessions have worked very, very well, people are networking, and are finding that they agree with people that they never thought they could agree with,” he said. “So, the fact that we were able to bring all areas and all the stakeholders in the industry together in one group and put them together in different breakout sessions was an eye-opening experience. Everybody grew from it because it allowed people to see the other side of the coin and to share their points of view. The result exceeded my expectations.”

United Association Training Specialist Phil Campbell described the symposium as “fantastic,” and said it was “one of the more productive code-type meetings or industry meetings that I’ve been to.”

ampbell said he came to the symposium looking for consensus in the industry of what should be done in cross-connection control and with the standardization of requirements in both the United States and Canada, rather than seeing the policies and requirements vary in different jurisdictions.

“This is one of the first meetings where we actually sat down to see what kind of common ground we can find
within the industry and especially with the people that are actually doing the work in the industry,” he said.
“We need to have agreement on these issues so that we can go to the regulators, certifiers or AHJ’s and tell
them, ‘OK, this is what the people you’re making the regulations for are suggesting or that’s our consensus.’ ”

“A lot of people said it was the best lab they’ve seen within the state of California and are excited to have a
state-of-the-art training facility for both testing and repair in close proximity,” Cleary said. “It will provide
additional resources within the area, and it will allow the plumbing and the fire sprinkler industry, along with
irrigation contractors, to receive hands-on training.”

Carlos Borja, chief environmental health specialist for the Los Angeles County Department of Public Health,
said the symposium’s format worked really well and that there was a good mix in the different groups.

“There are issues here that are not going to be solved today in this two-day symposium, but it opens the
door,” he said. “Sean is creating a way of communicating with the different agencies, which is good.”

John Higdon, engineering-quality assurance manager at Apollo Valves/Conbraco Industries and board member
of ASSE International, traveled from Matthews, N.C., to attend the symposium. He also said the attendance
was better than he expected, and he was pleasantly surprised by the consensus they achieved.

“I hope it’s something that’ll become a regular event, at least once a year, and that we will get others that
weren’t here, other players in the industry, to participate,” Higdon said.

Cleary said that ultimately the goal is to put together a group to compile a white paper on the current situation
with cross-connection in the United States and Canada, and that the group can bring major players in the
industry who chose not to participate in the fold for the next symposium so that even greater consensus may
be achieved.

“This is the first of what we hope will be an annual or a biannual event, and we’re hoping other groups besides
IAPMO will sponsor the next one and really keep it an industry-open event,” Cleary said. 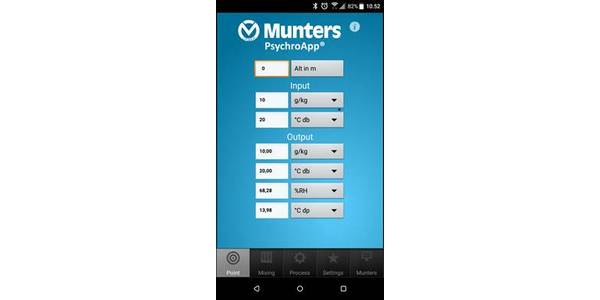