COLUMBUS, Ohio – Heating, Air-conditioning and Refrigeration Distributors International announced U.S. HVACR average distributor monthly sales snapped back from a 1.8% decline in December 2012 with an eye-popping gain of 19.4% in January 2013.

The improvement was widespread with six of the seven reporting regions registering double digit gains, and four of the regions producing gains that exceeded the overall average. The January 2013 month-over-month improvement was the strongest since November 2010 and helped boost the twelve-month growth rate to 6.4% from the 5.6% rate produced in 2012.

HARDI Economist Andrew Duguay was expecting a rebound from December, but the January performance was an impressive surprise. “We expected some bounce back from the weak December numbers and January did not disappoint.  Now that the ‘fiscal cliff’ is behind us and tax rates are a little clearer, consumers and businesses are more comfortable to proceed with spending to repair or replace their aging HVACR equipment,” said Duguay.

The 21.7% gain reported by the Mid-Atlantic region is partially attributed to the on-going cleanup from Hurricane Sandy. The Western region reported the fastest pace of the HARDI regions this month. Duguay noted this performance “correlates well with the strong year-over-year growth in many of the regions’ housing markets as they recover from recessionary lows.”

The Days Sales Outstanding, a measure of how quickly customers pay their bills, has increased for five consecutive months and now exceeds 50 days.  “The absolute level is comparable to last year at this time. The trend appears to be a seasonal pattern. If it does not peak in the spring, then there will be reason for concern,” said Brian Loftus, market research and benchmarking analyst, HARDI. The overall trailing twelve-month revenue per employee continues to improve, with low-to-mid single digit gains in four of the seven regions.

“A 19.4% gain is great, but there is broad disparity between the regions,” said Loftus.  While confidence may be improving from depressed levels in the West and Southwest, the trailing twelve-month revenue per employee has generally been declining for the past six months in the Northeast and Great Lakes regions. HARDI wants to see broader employment growth that will lead to a more consistent and sustainable growth across all our regions.

Modine Provides Winter Checklist to Help Keep the Heat On 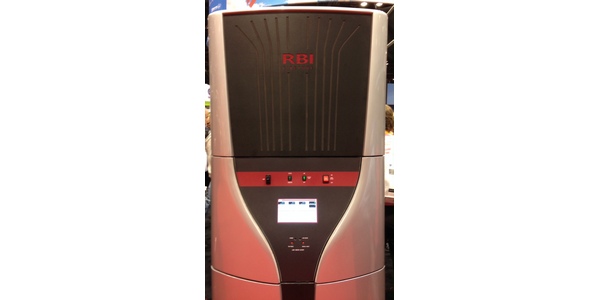