COLUMBUS, Ohio — Heating, Air-conditioning and Refrigeration Distributors International reported 3.6 percent sales growth for November 2013.  The growth rate appears modest but only one of the seven reporting regions appears to be experiencing a recognizable slowdown.  This month had one less billing day than the prior year which experienced 6 percent growth.

“HARDI Distributors continuing to show stable growth,” said HARDI Senior Economist Andrew Duguay. November’s annual growth rate inched up to 6 percent from 5.9 percent in October.  It was a challenging comparison for the Mid-Atlantic region because the prior year experienced 20 percent growth after Superstorm Sandy.   The Western Region has cooled off significantly in the past two months.”

“The TRENDS report indicates inventory levels are under control,” noted HARDI Market Research and Benchmarking Analyst Brian Loftus.  “Inventory growth has lagged sales growth in virtually every region the past few months except for one.”  The Days Sales Outstanding, a measure of how quickly customers pay their bills, increased for a second consecutive month from the levels achieved in August and September.  “The DSO increase is consistent with the normal seasonal pattern and is not inconsistent with the sales growth,” said Loftus.

November through February is traditionally a slow period in the branches but the “Invasion of the Polar Vortex” could alter that pattern this year.  The bigger concern is the health and progress of this sluggish recovery for the rest of the new year.   Alan Beaulieu and Andrew Duguay of ITR Economics will present their intriguing economic outlook to HARDI members during a webinar on Friday, Jan. 17. 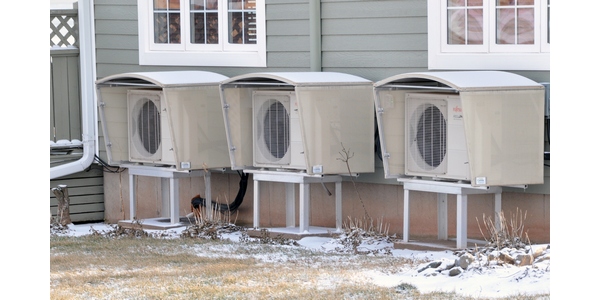