EAST LONGMEADOW, Mass. — In an effort to help the next generation of HVAC/R technicians, hilmor announced its Retool Your Future scholarship contest; this program was designed to help those who are finding a new purpose in their lives through a career in the HVAC/R industry.

More than 550 current and future HVAC/R students applied for the program. The contest prize package included a $10,000 scholarship, an HVAC/R Starter Kit, travel to the 2014 AHR Expo and a hilmor merchandising Green Wall donated to the winners’ schools.

This year’s winners are:

Kenneth Chavez, 46, is a student at College of the Desert in Palm Desert, Calif. Kenny is a veteran with 20 years of experience in the medical field who found himself without a job due to the economy. He chose to change careers to pursue his lifelong interest in HVAC/R. He’s in his second year of school and intends to get his C-20 contractors’ license. Kenny works with Aldco Air and Green Air, and credits his mentors, as well as his instructors, for helping him prepare for a successful career in the HVAC/R industry. He plans to start his own HVAC/R company, Fairway Air, in April.

David Hall, 33, attends Athens Technical College in Athens, Ga. Hall is the first person in three generations on his father’s side of the family to graduate from high school, and says that HVAC/R school is helping him place a greater emphasis on education for himself and his children. David is the father of two boys, ages seven and 20 months and his wife is expecting their third child, a girl, in April. Before starting his HVAC/R education, he was a truck driver for 12 years. He chose to leave that career for one in HVAC/R so he could spend more time with his family.

Francisco Iniguez, 23, is a student at Ferris State University in Big Rapids, Mich. Though Iniguez was born in California, he was raised in Mexico by his single mom. He returned to the United States to learn English and graduate from high school, while working third shift. After earning his HVAC/R technician certification, he plans to obtain his bachelor’s degree. He is treasurer of his school’s chapter of the Mechanical Service Contractors of America, and participates in the “Hands On” program that provides HVAC/R services to local elderly people.

“We know we are addressing an unmet need for financial assistance and other support for HVAC/R students,” said Andrea Halpin, senior manager, brand marketing, hilmor. “We are already planning the 2014 contest and will expand the number of scholarships to reach more students.”

Winners are attending this year’s AHR Expo and will be at the hilmor booth (number 559) periodically throughout the show. 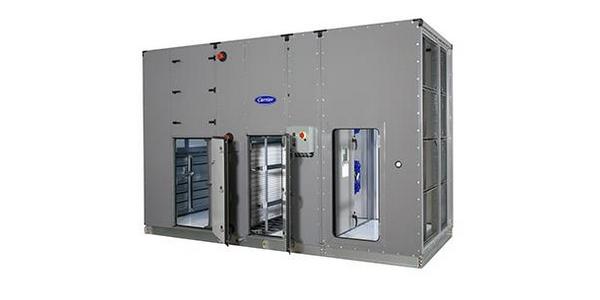