BERKELEY, Calif. — Researchers at the University of California, Berkeley, are working to take research innovations from their labs into the real world to cut commercial building energy consumption by close to a third, and give office workers an unprecedented sense of control over their thermal environments.

Armed with a recently announced $1.6-million grant from the California Energy Commission, researchers from UC Berkeley’s Center for the Built Environment are refining, testing and promoting a new set of tools to enable more efficient temperature control in buildings by using input from building occupants, a network of web-based applications and a user-responsive Personal Comfort System.

The PCS uses low-wattage devices embedded into a system of chairs, foot warmers and fans that can quickly warm or cool individual users on demand. The PCS system targets the most thermally sensitive parts of the body, such as the face, head, torso and feet, to provide warmth or cooling as needed and as desired, rather than trying to maintain one temperature for an entire building or floor.

“It’s even better than having a thermostat at every workstation, if that were possible,” said Edward Arens, the project’s co-principal investigator and a professor of architecture and director of CBE.

The Personal Comfort System’s heating and cooling tools will also interface with smart phone apps, software and sensors to relay building temperatures, weather forecasts and thermal satisfaction responses to the people who currently make decisions about energy use in the building.

The PCS has energy-saving sensors that turn off when a space is not occupied and, on average, uses 2 watts for cooling and 40 watts for heating. In comparison, conventional space heaters operate at up to 1,500 watts. The foot warmers use energy-saving halogen bulbs operating at 20 watts on average over the course of a typical winter day, far from their maximum power of 160 watts. To top it off, the PCS operates on an easily rechargeable lithium ferrophosphate battery.

CBE estimates that the new tools can cut natural gas use by 39 percent and electricity use by 30 percent for heating, ventilation and air conditioning in typical California commercial office spaces. They project that altogether the new system could save up to $62 million a year in energy costs in the state, while eliminating 247,000 tons of carbon dioxide-equivalent emissions.

Arens said the researchers are keen to incorporate computer science and other innovations. These can help the building sector take better advantage of the rapid pace of technological advances in heating, ventilation and air conditioning, and also to optimize energy performance when controls are integrated with the new occupant-based technologies.

Working with CBE on the project is UC Berkeley’s David Culler, co-principal investigator and professor of  Electrical Engineering and Computer Science, the campus-based California Institute for Energy and Environment and Taylor Engineering, a private firm specializing in design of energy-efficient building systems. The campus’s Operational Excellence Energy Management Program will support the team’s research. The work is also supported by a consortium of 40 industry members, including the Pacific Gas & Electric Co. and the architectural and engineering firms HOK, LPA and Perkins + Will, which plan to engage in field installations and other related research initiatives. The research team is also assembling about 100 prototypes of their specially equipped mesh chairs, with built-in heating and cooling, for installation in several demonstration studies.

In spite of compelling strong points, the researcher team acknowledged several barriers that must be overcome before these technologies are widely adopted by the building industry, including the slow pace of building industry innovation and legacy problems in existing HVAC control systems, as well as outdated industry standards.  They hope to share their research with government agencies and professional organizations to help revise building standards and codes, and make it easier to provide the most useful information for utility energy conservation rebate and incentive programs. 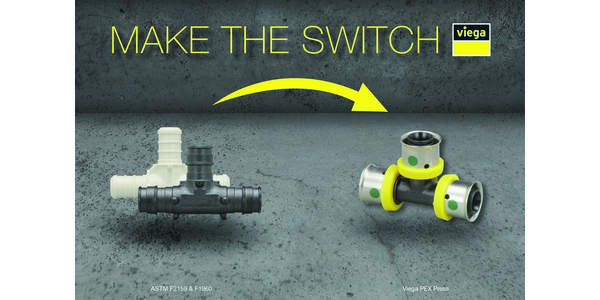